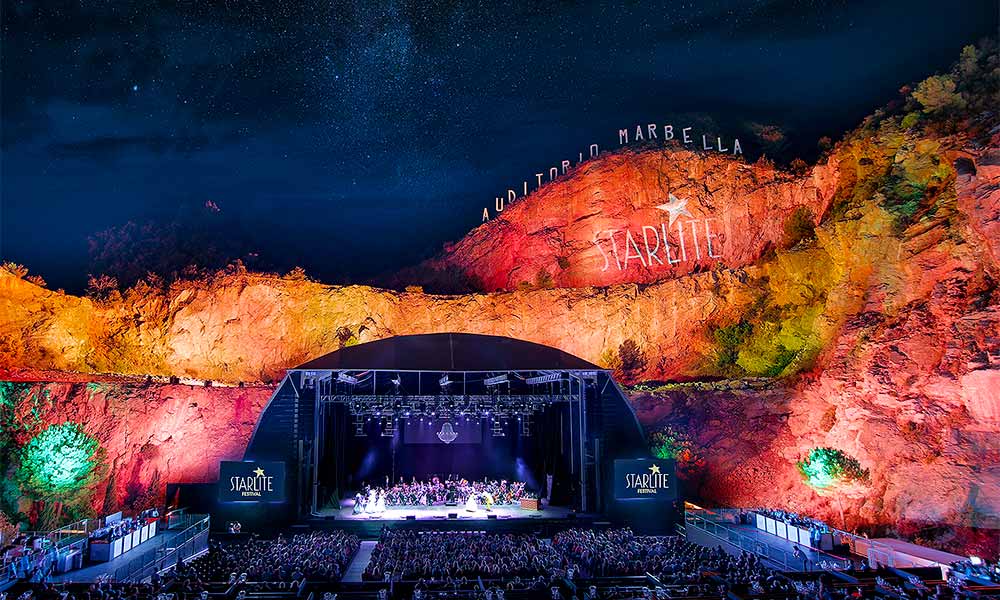 Starlite Marbella is the best boutique festival in Europe and one of Marbella’s most attractive events in the Costa del Sol summer calendar. Starlite Festival will again fill Marbella with music in summer 2022, between June and September. After its last edition took place on a smaller scale due to the coronavirus crisis, … Read More

Starlite Marbella, a unique experience in an unparalleled venue

Starlite Marbella is the best boutique festival in Europe and one of Marbella’s most attractive events in the Costa del Sol summer calendar.

Starlite Festival will again fill Marbella with music in summer 2022, between June and September. After its last edition took place on a smaller scale due to the coronavirus crisis, the Marbella festival will again bring together a selection of top-level artists on the 2022 programme.

It has managed to become one of the most eagerly anticipated events in Marbella by lovers of good music, entertainment and gastronomy at the highest level. One of the best tourist attractions in Marbella. And this is why Starlite has attracted artists of the stature of Eros Ramazzotti, Elton John, Luis Fonsi, Lenny Kravitz, Anastacia, Tom Jones, Plácido Domingo, Pet Shop Boys, Sting, Alejandro Sanz, Ricky Martin, Enrique Iglesias, Maná and David Bisbal.

The setting for Starlite is one of this festival’s strong points. An exclusive natural quarry, surrounded by vegetation, in the form of an amphitheatre with extraordinary acoustics and a small seating area that enables the audience to be close to the artists. This natural auditorium includes one of the largest outdoor cinema screens in Europe.

Its event program is another reason to attend Starlite Marbella 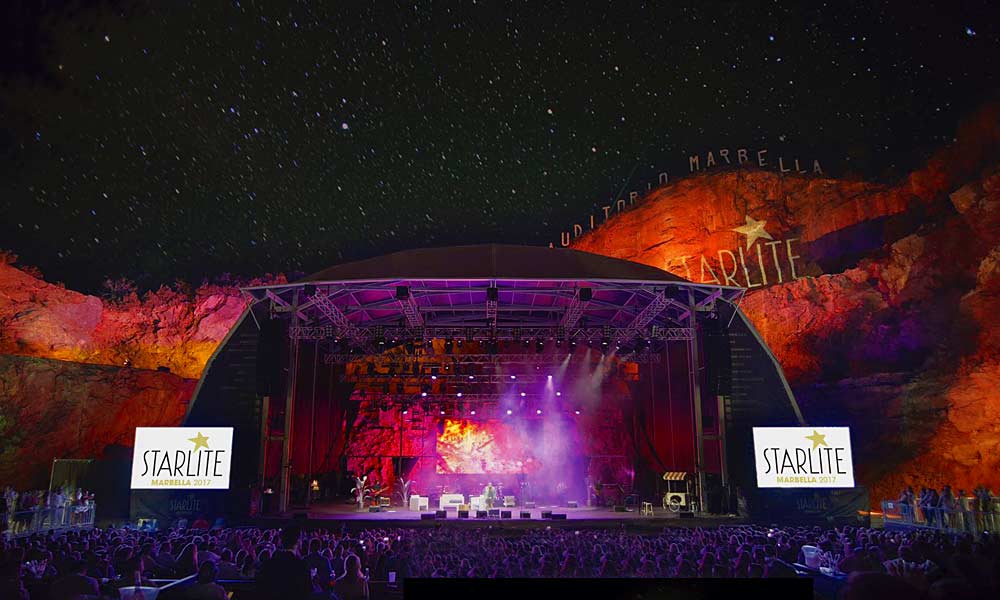 – Concerts by the best international and national artists.

– Parallel activities before the concerts in the Starlite Lounge. Usually, entrance to this space is free from 20:00 to 00:00.

– Parties every night after the concerts for the Starlite Night program. They begin at 00:00 and the admittance price varies depending on the event.

The Bulli Catering, managed by Paco Roncero, was one of the main gastronomic attractions during the first edition of the Starlite Festival. In each edition, Starlite includes new and improved gastronomic offers. The goal is to satisfy the national and international palates who attend this event in Marbella.

From Fundraising Gala to a Leading European Festival 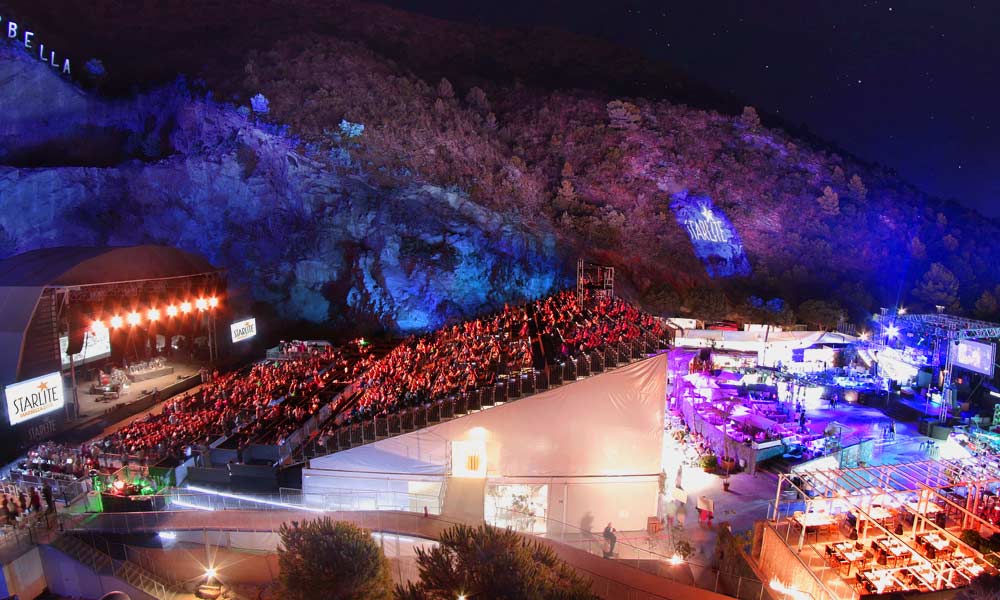 Before becoming a festival, Starlite was a fundraising gala held for the first time in 2010. Given the success of the galas, the organizers began programming around them a series of concerts, which will later be complemented by numerous parallel activities.

The first edition of Starlite Marbella took place in 2012. It was born with the idea of relaunching a project by Prince Alfonso von Hohenlohe, Julio Iglesias and Plácido Domingo: making the Nagüeles quarry an unparalleled natural auditorium and creating a music festival that would be an international point of reference. The results are obvious; the project has been recuperated, improved and implemented successfully.

During its five years of history, Starlite Marbella has managed to gather 100 artists, 500 celebrities and more than half a million people. Currently, it continues to include in its program the Starlite Gala, Spain’s most important fundraising gala, which is hosted by Malaga’s world-famous actor, Antonio Banderas. A hundred percent of the money raised goes to different foundations, such as Cáritas, Cudeca, Niños en Alegría, Lágrimas y Favores, el Economato Social Corinto, among others.

Up to this day, the three basic ingredients of Starlite Marbella have been concerts by the best national and international artists, the fundraising gala and gastronomic offers for all tastes. Around those three attractions, each new edition offers different leisure and entertainment activities. Movie premiers, fashion shows and art exhibitions have all been part of the parallel program of the Starlite Festival in its previous editions.

What you did not know about Starlite 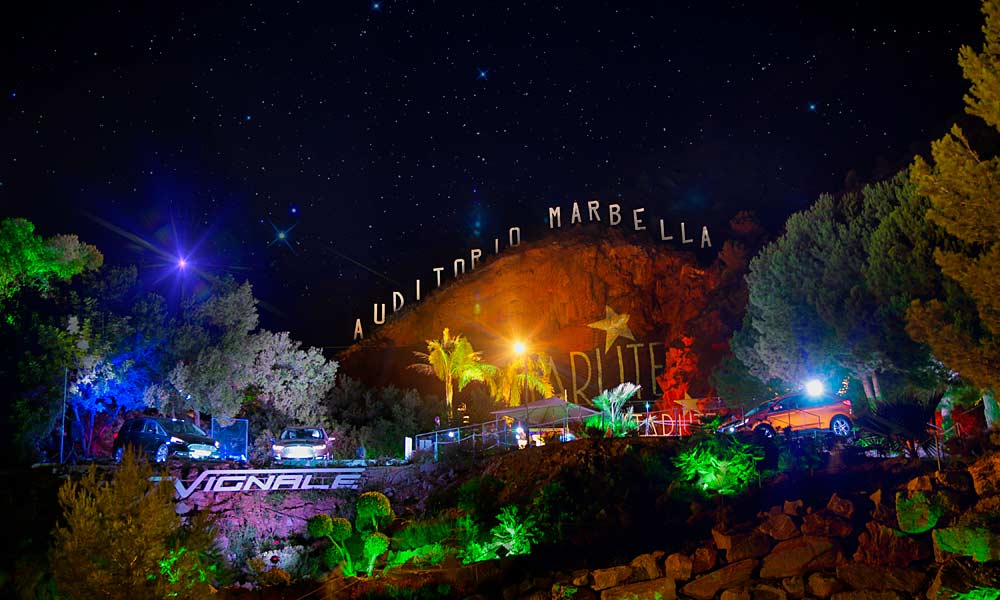 It is the largest project on the Costa del Sol

Starlite has over the years become the greatest leisure, tourism and culture business project on the entire Costa del Sol. This event also has a collaborative agreement with Marca España.

Over the years, Starlite has received several prestigious awards, such as: 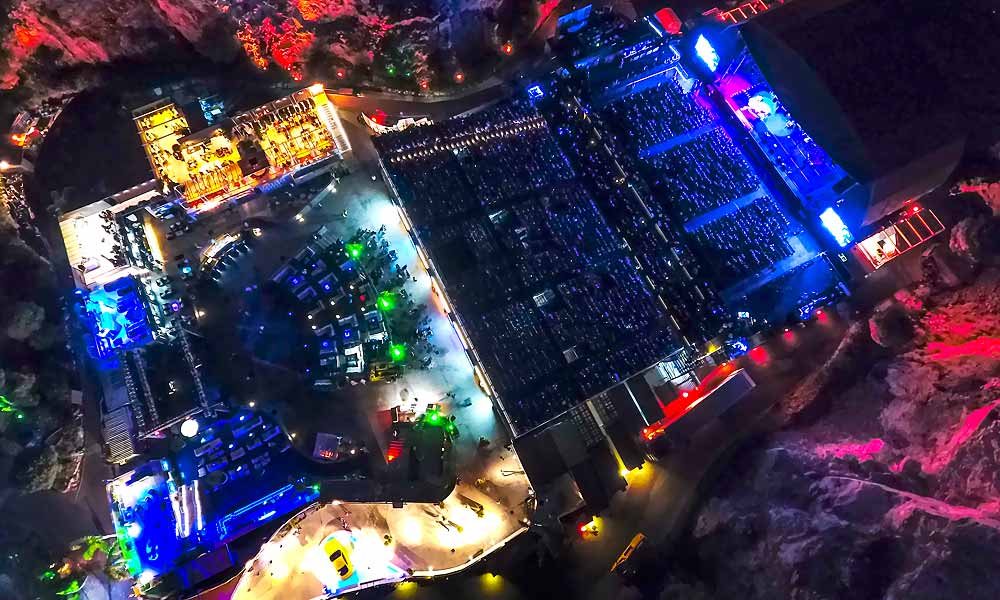 Starlite Gala is Sarlite’s night of solidarity and the Starlite Foundation’s most important project. It has become one of the most important fundraising galas on the Peninsula. Personalities as important as Mia Farrow, Deepak Chopra, Eva Longoria, Ute Ohoven and Laura Pausini have attended this gala.

All funds raised are allocated to the following foundations: Lágrimas y Favores,​ Niños en Alegría,​ Cudeca,​ Cáritas and the gala’s guest foundation of the respective year.

At each edition, the Starlite Auditorium turns into the biggest cinema screen in Spain. 2013 saw the premiere of the film World War Z, starring Brad Pitt, and in 2014, Starlite celebrated the premiere of Mercenaries 3 with the presence of its leading actors Sylvester Stallone, Wesley Snipes, Jason Statham, Kellan Lutz and Antonio Banderas, to give just a few examples.

Each year, Starlite also opens its doors to haute couture to present different designers’ collections. Its catwalk has been travelled by models such as Laura Sánchez and Elena Benarroch, always maintaining its commitment to young promises.

Starlite has a space that accommodates art, where different artists have shown their work, such as the actor Jordi Mollá, El Hombre de Negro and Hubertus Von Hohenlohe.

Starlite Shop is a famous sales company. At this point of sale, you can enjoy all you want or need from the most famous in the world. It is an entire world where each product on sale is conceived specifically to capture the celebrity’s sou.

It is the only platform in the world where the product’s degree of identification with the artist is total.

Starlite already has an app, thanks to which you can buy tickets and receive and look for all the information you need. 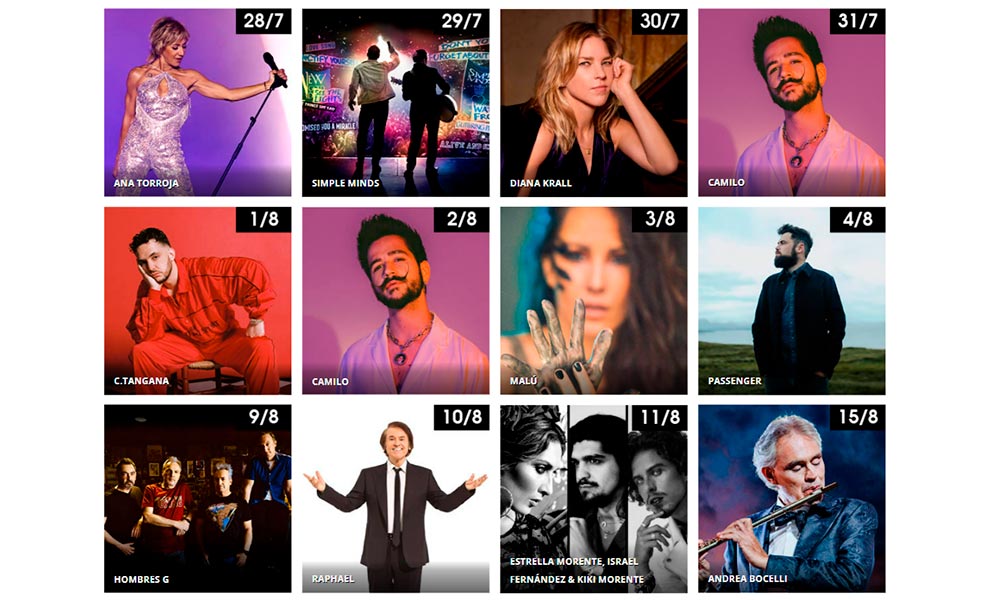 Starlite has two different spaces to enjoy the best of the festival: the Auditorium Stage and the Sessions Zone. Two different ways to experience music with one objective: to make Starlite an unparalleled experience. As always, this year you will be able to enjoy a unique experience with a programme of 30 Spanish and international artists who will be landing in Málaga this summer.