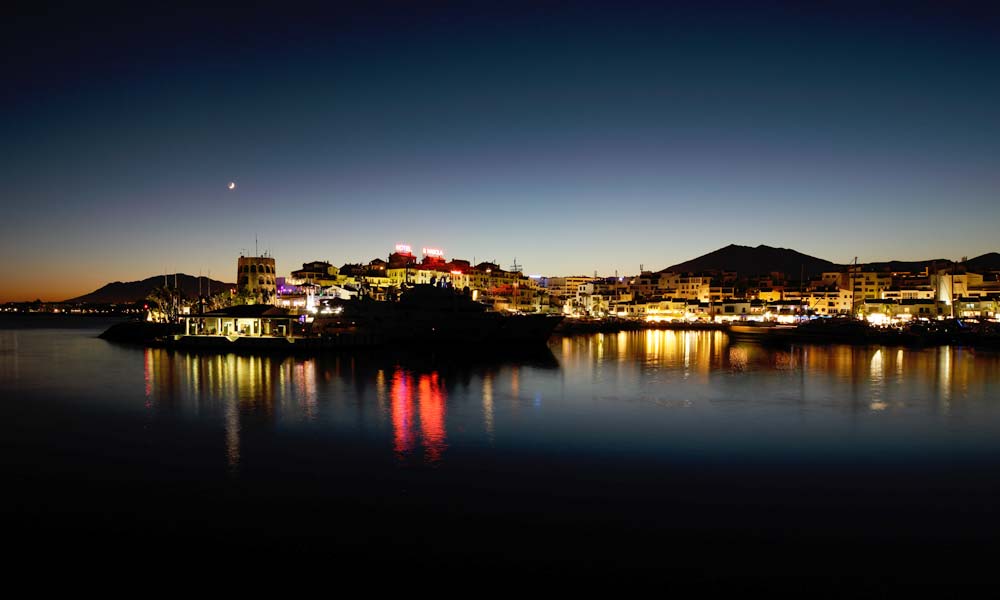 When we think about Marbella, we think of parties, money and glamor, but there are many more things to see in Marbella. The capital of the Costa del Sol is a deeply traditional city full of anecdotes and curiosities thanks to which its current attractiveness has been shaped, and although … Read More

Marbella a 5 star destination full of history and curiosities

When we think about Marbella, we think of parties, money and glamor, but there are many more things to see in Marbella. The capital of the Costa del Sol is a deeply traditional city full of anecdotes and curiosities thanks to which its current attractiveness has been shaped, and although in many aspects it maintains its millenarian and urban character it still protects and promotes the traditions stored by its ancestors Phoenicians, Romans, Arabs and Christians. This means that tourism in Marbella is booming, from its natural and cultural heritage to its unique customs full of surprising anecdotes. For all this we discovered this city through the many curiosities about Marbella, which we assure you that not many Marbella people know.

Will you join us?

Something that few people know is that Marbella has its own marine species that you can see in no other part of the globe. The name of this green slug with yellow lines is Tambja marbellensis. 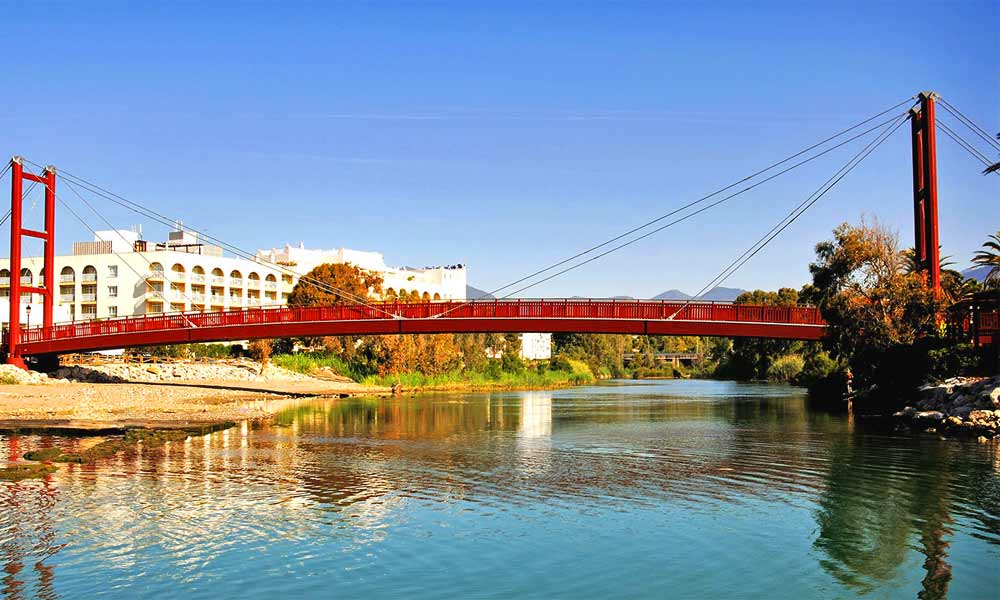 Thanks to the orography of Marbella, through its municipal area pass 17 rivers and streams. The river course of Guadalmina, Guadaizarío, Rio Real or Verde have also recognized their incredible environmental value with special protection at European level. In addition, the Puente Palo and Camoján waterfalls that fall from Puerto Rico Alto are very remarkable. 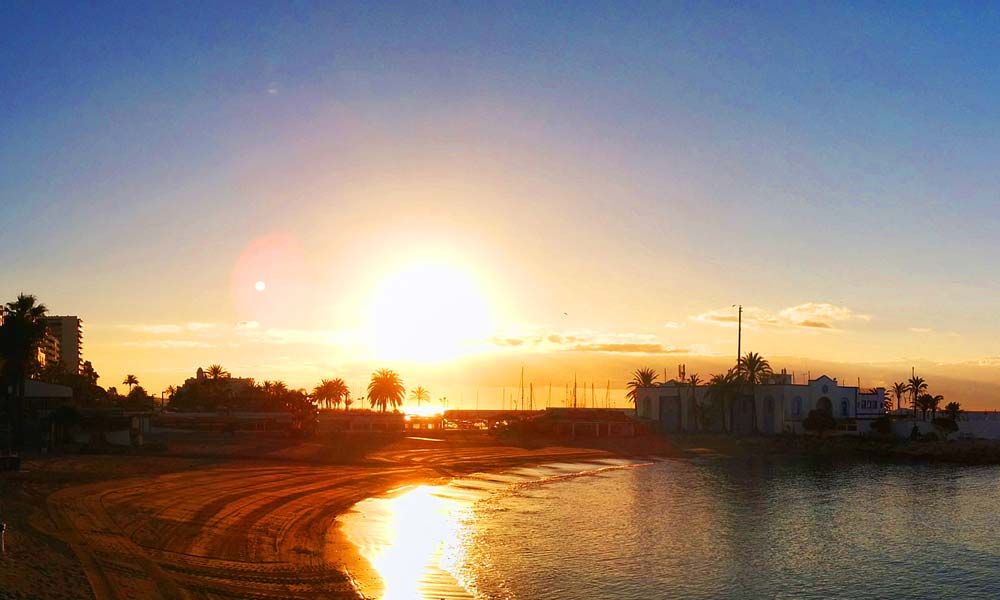 Although this is well known both in Marbella and throughout Spain and part of the world, we cannot speak about Marbella without mentioning its 27 km of coastline, as it has more or less been the gateway for the thousands and thousands of visitors who have enjoyed this city. It has 24 beaches (Guadalmina beach, La Fontanilla, Real Zaragoza beach, Alicate beach …) for all tastes, from the most famous and with more affluence of the centre to the most exclusive with beach bars and clubs. For all this, Marbella receives blue flags uninterruptedly in 1992.

Facts during the Holy Week 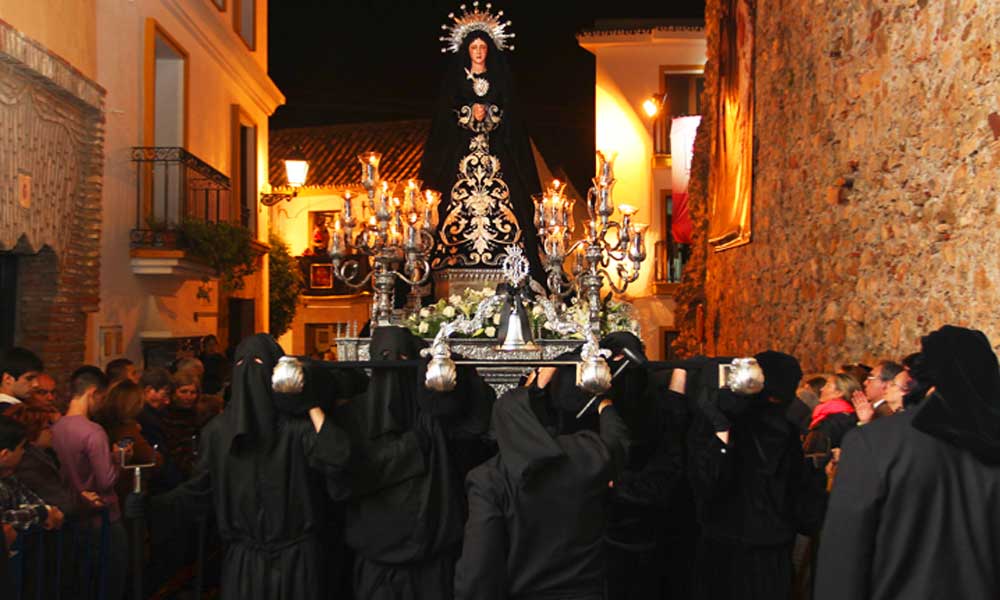 The Brotherhood of the Column in 1981 was made with an image of the Virgin Mary in Archidona. History indicates that in just two days, the brothers and sisters managed to fine-tune the procession of the Dolorosa, for its state of penance that same Holy Monday. Once they arrived at the Ronda Bridge, the Dolorosa was blessed by Francisco Echamendi, the parish priest of the Incarnation, who saw her dressed in white and named her the Most Holy Virgin Mary and not Mary Most Holy of Bitterness.

What few know is that both in 1981 and in later years she paraded with a false eye, because during the Spanish Civil War she was arranged with what was found by hand, a Ping-Pong ball, a suction cup, paint and enamel.

Santa Marta counted in the 90s with the invaluable help of Lina Morgan. The artist helped the brotherhood, which increased the heritage of it, although it is not specified how this aid was made.

One of the most sympathetic and little known curiosities of Holy Week in Marbella is related to the processional output of San Juan Evangelista. History indicates that when the state of penance ended the bands played non-religious songs, and it is said that while San Juan was dancing he pointed to a woman with his finger and this produced that as it used to be said “he would stay to dress saints”. On one occasion the girls ran out to avoid being singled out and due to this the saint’s arm suffered a terrible damage. 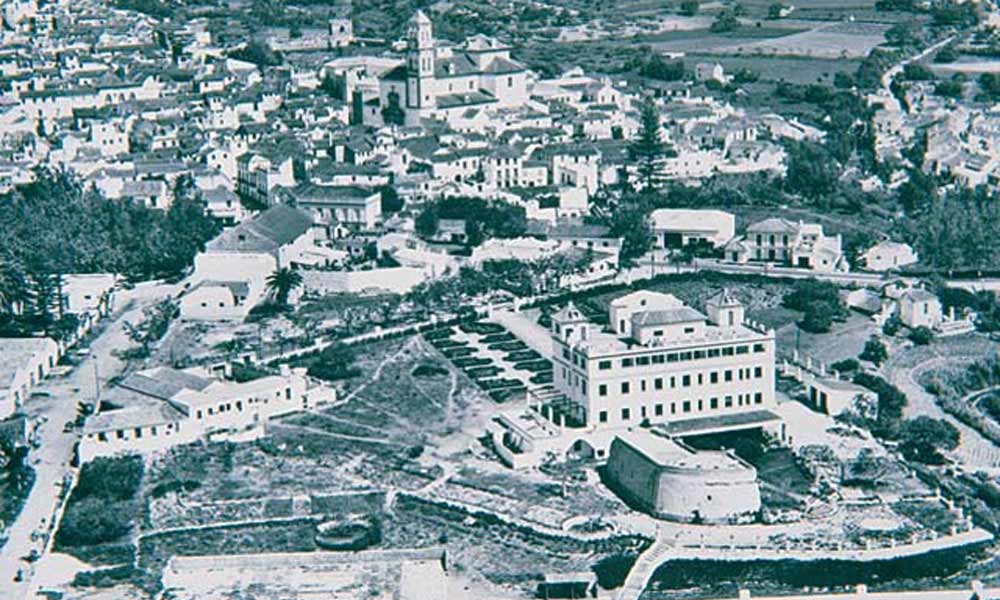 Marbella was not always the cradle of Spanish tourism, it begun as a mining town and then became an agricultural town. But few know that the historical principles of this city go back to the Paleolithic or that the Romans left an indelible mark on the legacy of the baths of Las Bóvedas or the town of Río Verde. Or that Marbella has one of the most famous and studied Visigoth monuments in Spain, the Paleo-Christian basilica of Vega del Mar.

In the 19th century Marbella became the Spanish capital of the steel industry with the first blast furnaces of the peninsula: three on the estate of La Concepción and three on El Angel. In these facilities, 75 percent of the iron that was melted throughout the national territory was made. 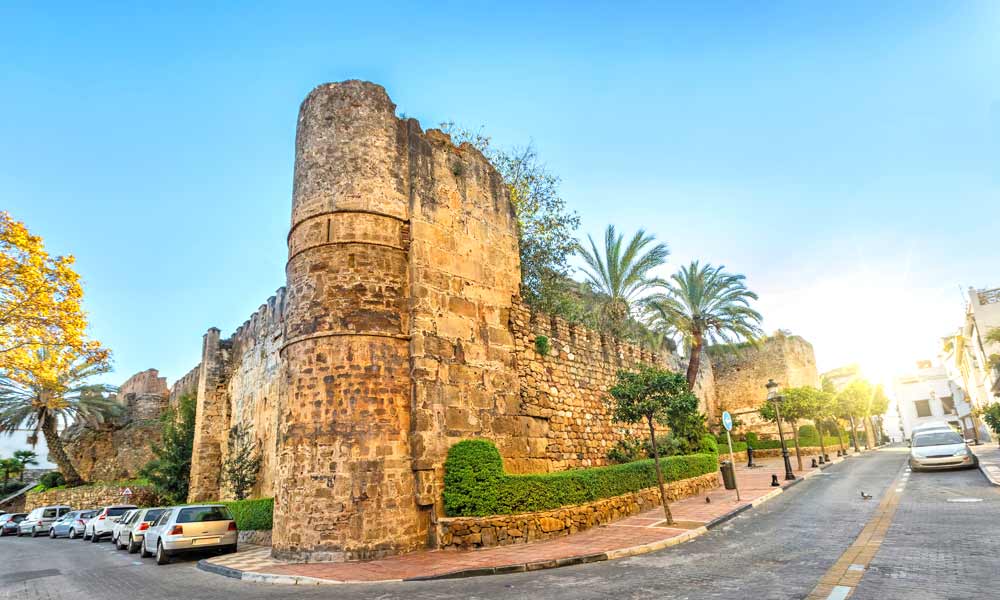 The wall that can still be seen today in Marbella was much more extensive, since it covered an area of around 90,000m². Its functions was the one to protect an old Arab medina that was denominated Marbella, what nowadays is its historical helmet. 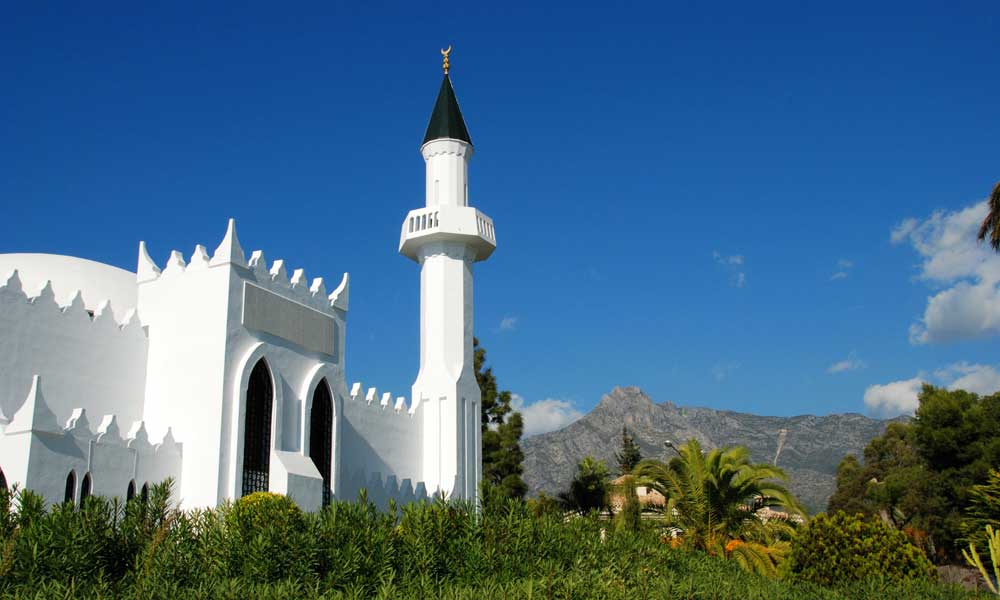 This mosque was built by the Prince of Saudi Arabia and is an impressive example of modern architecture inspired by the Arab tradition. It is surrounded by gardens and contains a library of 30,000 volumes, focusing on studies on the Koran. 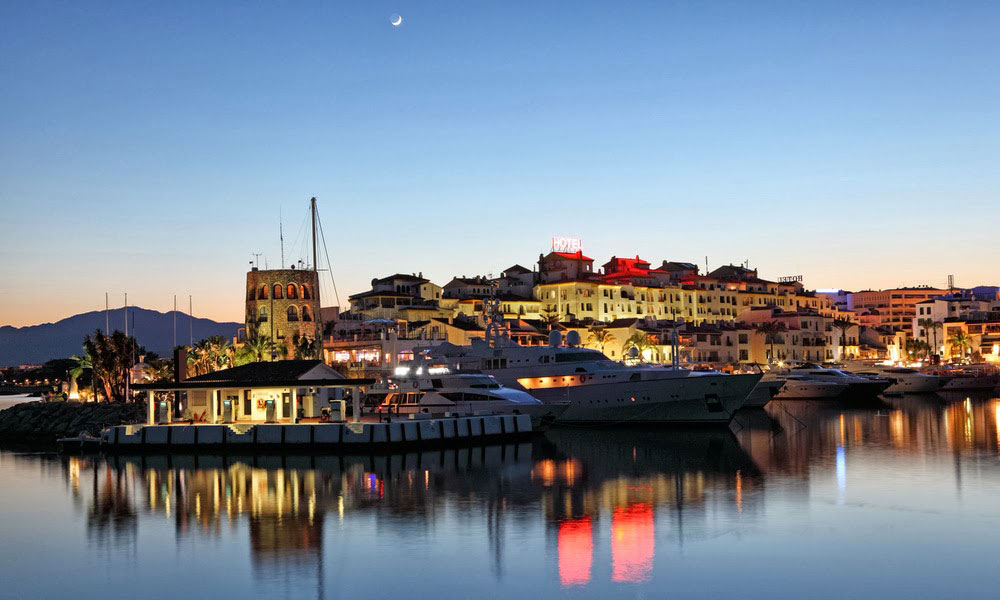 Puerto Banús is the most famous marina in Spain, besides being one of the most recognized worldwide. Apart from seeing luxury cars and incredible yachts moored, there you will find elegant restaurants and luxury boutiques. 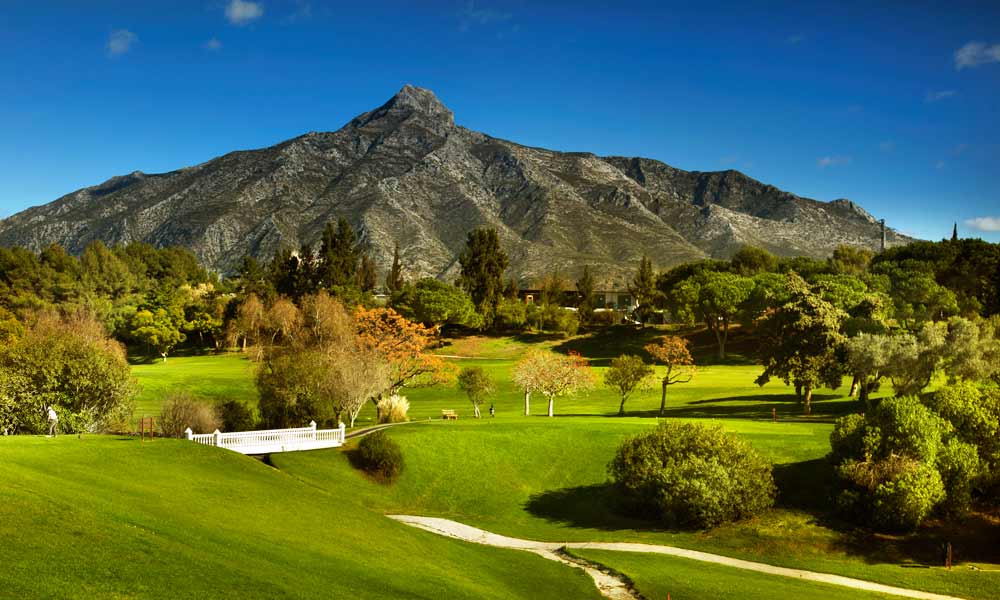 To understand the importance of golf in Marbella, it is only necessary to say that of the 47 golf courses in the province of Malaga, 17 of them are located in the capital of the Costa del Sol. These clubs are characterized by luxury and comfort. Their services are the main attraction for tourists from all over the world, who visit the Mediterranean city every year. 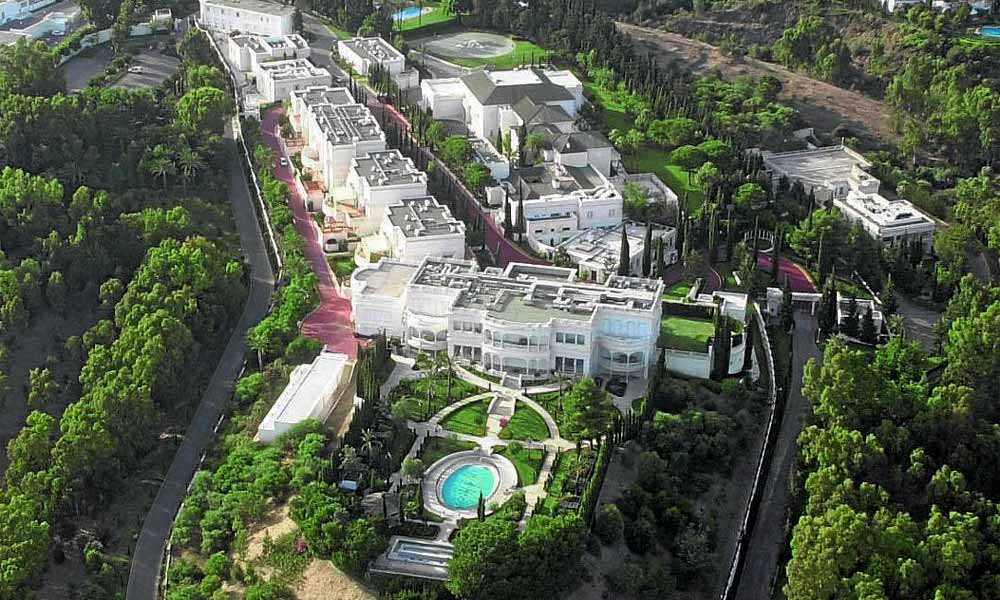 The royal family of Saudi Arabia loves Spain, and especially Marbella. For this reason, in this Costa del Sol, Al-Riyad Palace is located, a complex built by Fahd in the heart of the Golden Mile. This small Saudi kingdom is made up of several houses, four mansions, a mosque and a heliport. 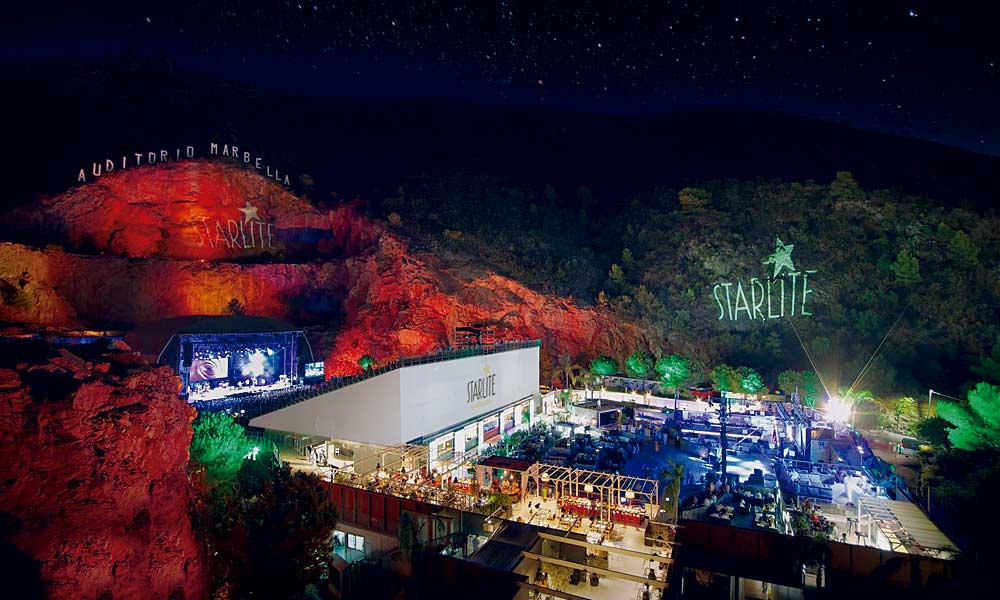 Julio Iglesias, Michael Obama, Antonio Banderas, the deceased Duchess of Alba, Carmen Thyssen, Maribel Verdú, Kate Moss, Eva Longoria, Samuel L. Jackson, Bruce Willis or Tom Cruise are just a small sample of the selection of celebrities to the They like to take refuge in Marbella to enjoy everything that this city has to offer. 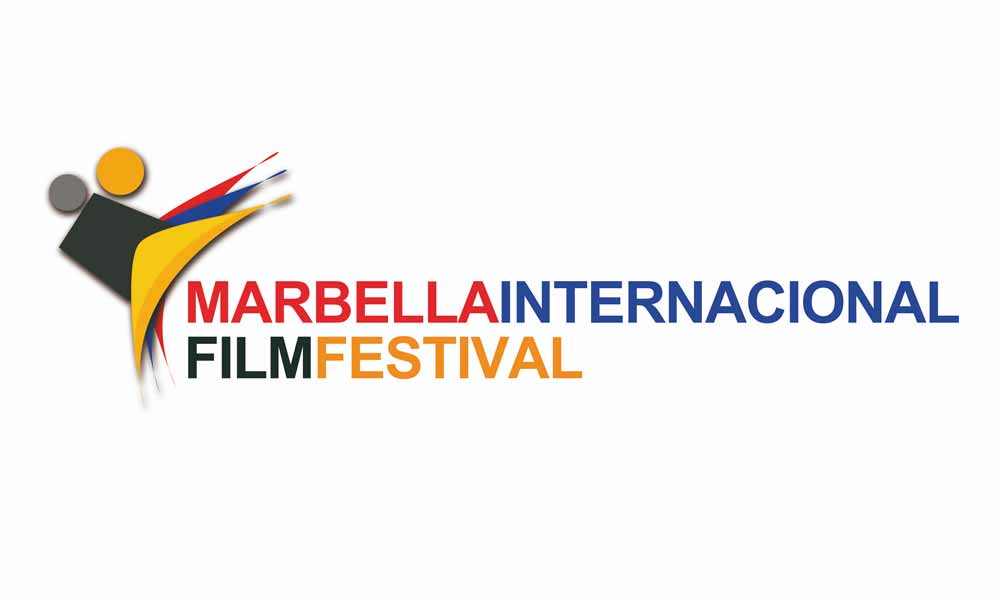 Marbella is a city where many movies have been shot throughout its history, a small example of this are films like Scent of Mystery: Holiday in Spain, the English drama The Idol or The Impatient Alchemist, with Ingrid Rubio. We can also mention national creations such as La Caja 507, starring José Coronado or the unforgettable Torrente 2. Mission in Marbella, by Santiago Segura.

So important is the cinema in this town that the Marbella Film Office was even created and since then more than fifty films and recordings of all kinds have been managed. 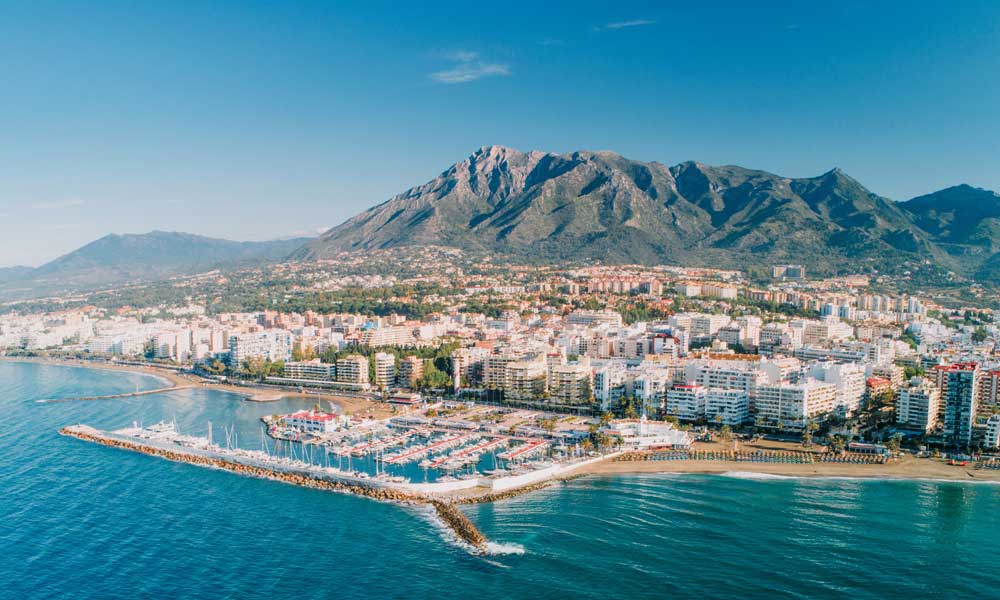 Milla de Oro is the most famous and luxurious neighbourhood of the Costa del Sol, and although it is only 5 km of strip, this area is one of the most requested in terms of properties throughout Europe. This neighbourhood connects Marbella with the marina of Puerto Banús. Its fame, came in the 50s when Prince Alfonso von Hohenlohe, built the exclusive Marbella Club, and since then it has been growing thanks to the wealthy families and famous people who have built their residences here. 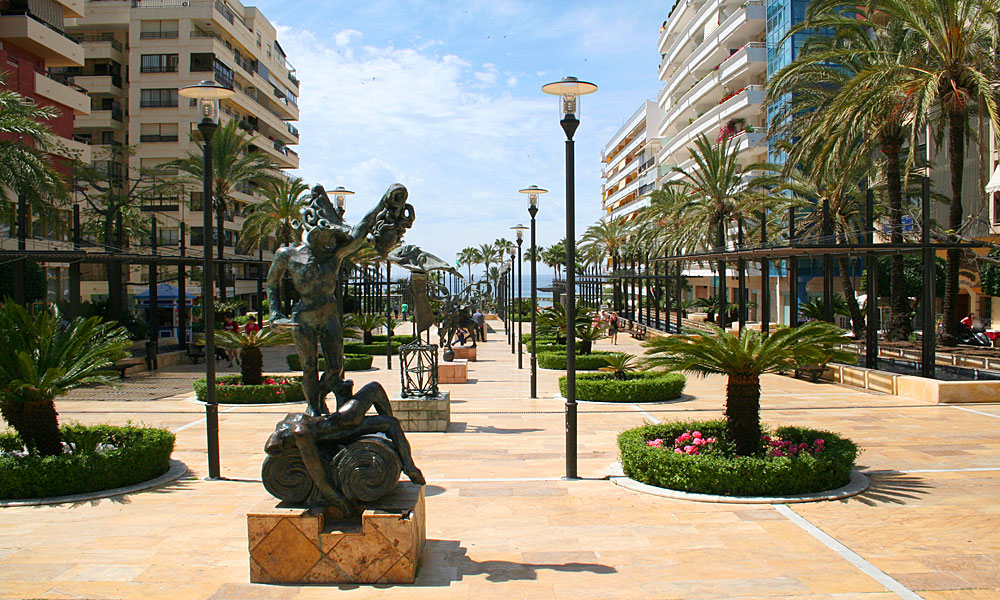 Marbella has always been the favourite destination for both celebrities and artists, but there is one that fell madly in love with the capital of the Costa del Sol, that was the great multi-faceted artist Salvador Dalí. And that’s why Avenida del Mar serves as an open-air museum for 10 sculptures by the prolific artist. The perfect location to remember the work of a lover of the Mediterranean.

40 THINGS TO DO IN MARBELLA