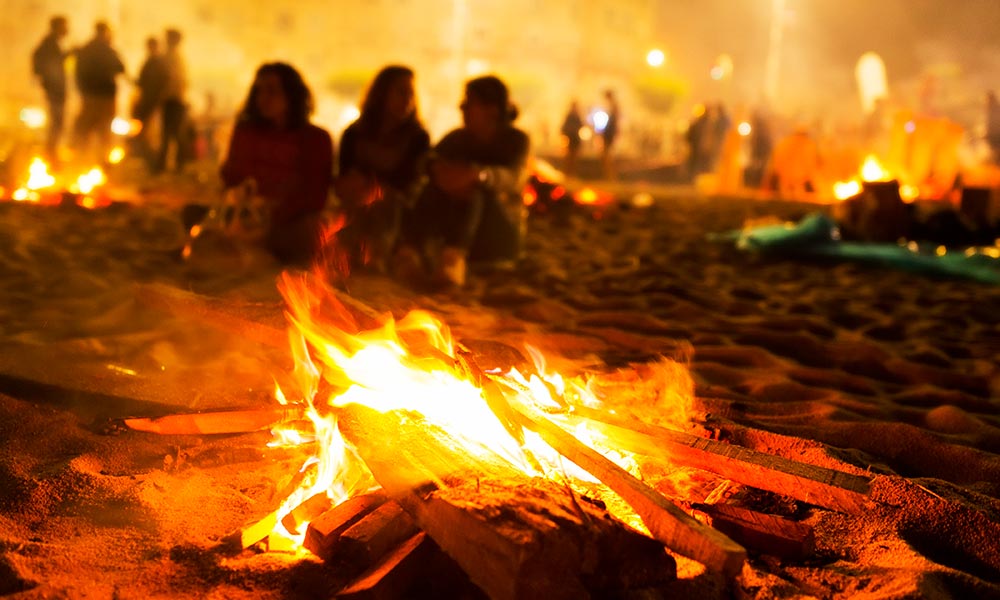 Saint John’s Eve on the Costa del Sol is paradoxical, because on the one hand it is the shortest of the year, but on the other, it is enjoyed with such intensity that it becomes one of the longest. The night of San Juan in Marbella is one of the … Read More

Saint John’s Eve on the Costa del Sol is paradoxical, because on the one hand it is the shortest of the year, but on the other, it is enjoyed with such intensity that it becomes one of the longest. The night of San Juan in Marbella is one of the most magical dates on the calendar, so on June 23rd thousands of people of all ages celebrate along the coast of Malaga on the night of San Juan.

San Juan in Marbella is a festivity that you must experience. It is really beautiful to see the mist of the bonfires on the beach, the multitude of people who go into the sea at the same time and feel the festive spirit that floods the whole celebration. For all the above we recommend that if you have the opportunity to spend tonight in Marbella do not miss to enjoy one of the most deep-seated coastal festivals in our country. 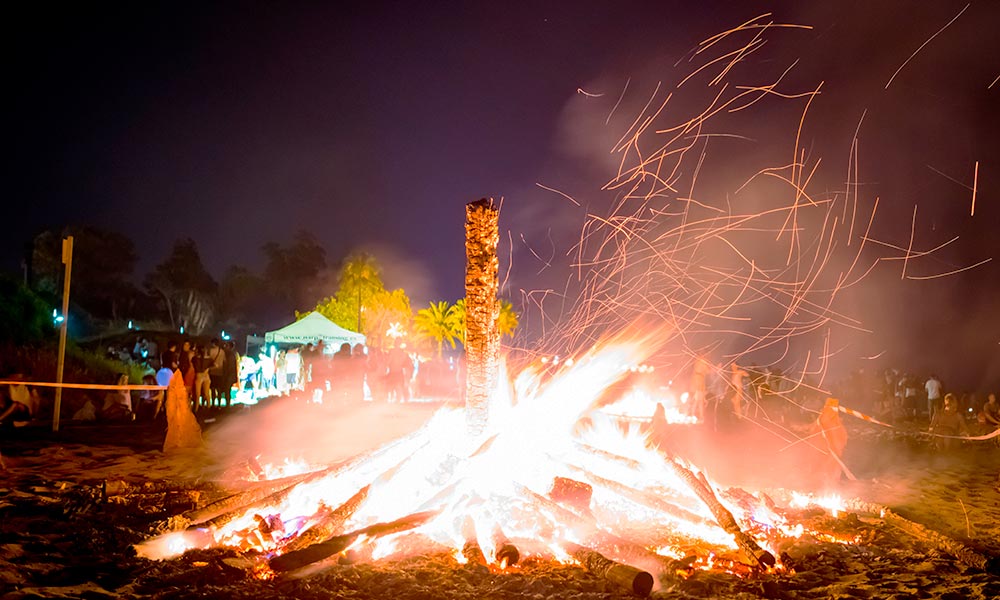 The celebration of this holiday is ancient and different cultures have adopted and adapted it. For example, Celt druids celebrated the summer solstice by making bonfires to ask gods to be favourable to them and Greeks made purifying bonfires to honour the Sun God and Light God.

The Christian tradition comes from the adaptation of the pagan tradition to teachings of the Bible, based on the bonfire that Zechariah made after the birth of his son, John.

Bonfires of Saint John on Wikipedia 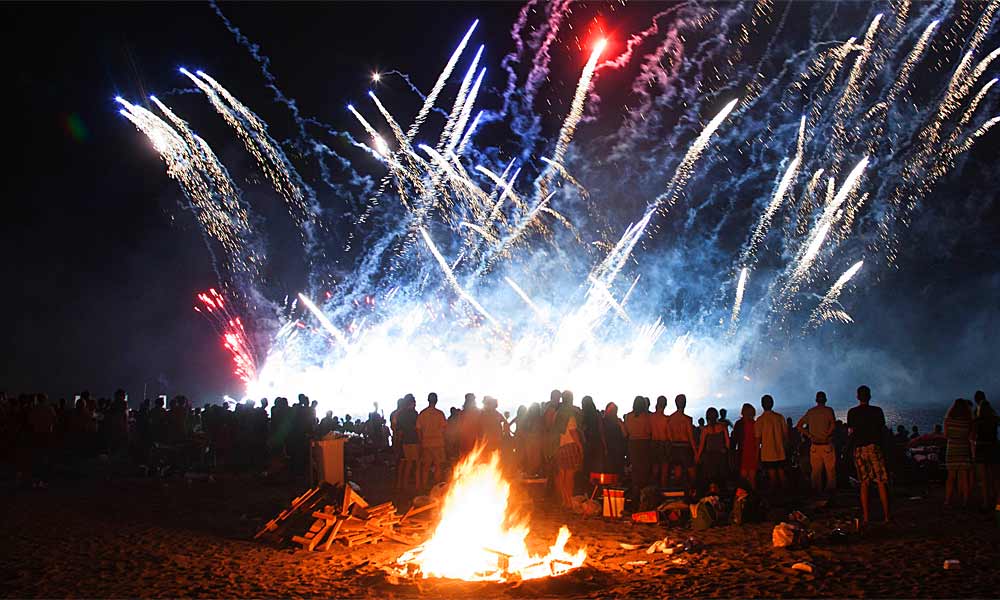 In this celebration, the fire of the bonfire is used to burn the “Júas,” big rag dolls generally filled with sawdust, made by the neighbours mocking popular personalities. These dolls are burned as a representation of something that needs to be purified and never come back to life. Another tradition well spread amongst students is the burning of their recently finished school year’s books and notebooks; also, there are those who write their wishes on paper to latter burn them or throw them into the ocean so they can come true.

The main and ancient purpose of this tradition was to grant more strength to the Sun; because during summer, the Sun becomes weaker and the number of daylight hours shortens. In ancient times, something only a few people know, nobody could swim in the beach until summer came; so, the fact of going swimming during Saint John’s Eve is a way of purifying and cleaning ourselves from negative energies. Tradition also stated that the weather conditions during this evening are supposed to prevail during the summer. 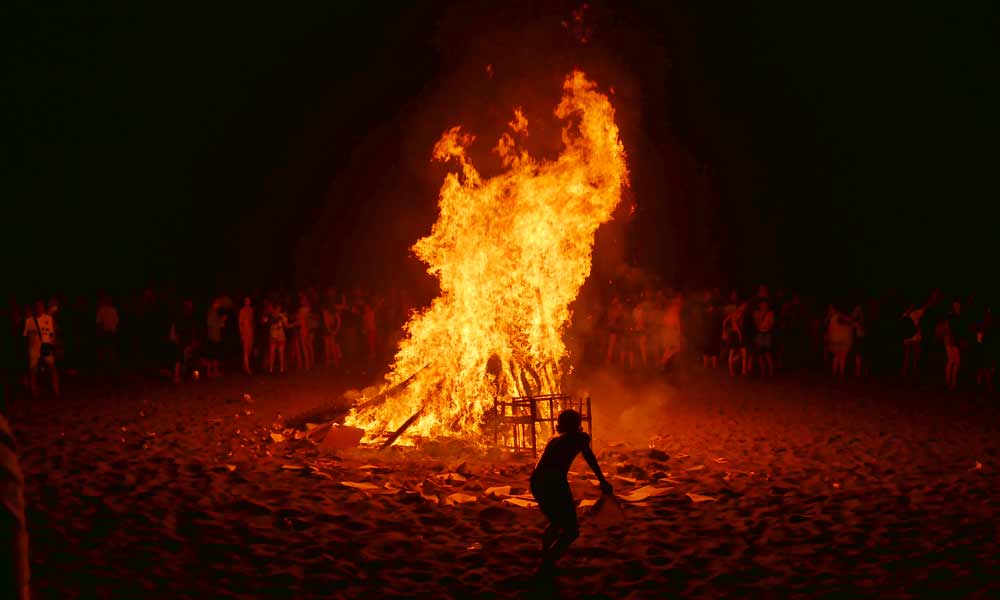 In the coast of Malaga, the moragas are typical parties that take place at the beach and at night. If you are Andalucian, you are most likely to have heard or been to one of the moragas; but if you do not know what these are, you would probably have heard of them under another name, such as fogueiras or revetlla. Historically, this kind of celebrations were held after collecting the fishing nets. The music and a good vibes helped enjoy the exquisite things that the fisherman caught cooked by fire.

Nowadays, moragas still take place very often at the beaches; but they only keep the ludic and gastronomic aspects of the tradition.

Where to spend Saint John’s eve in Malaga? 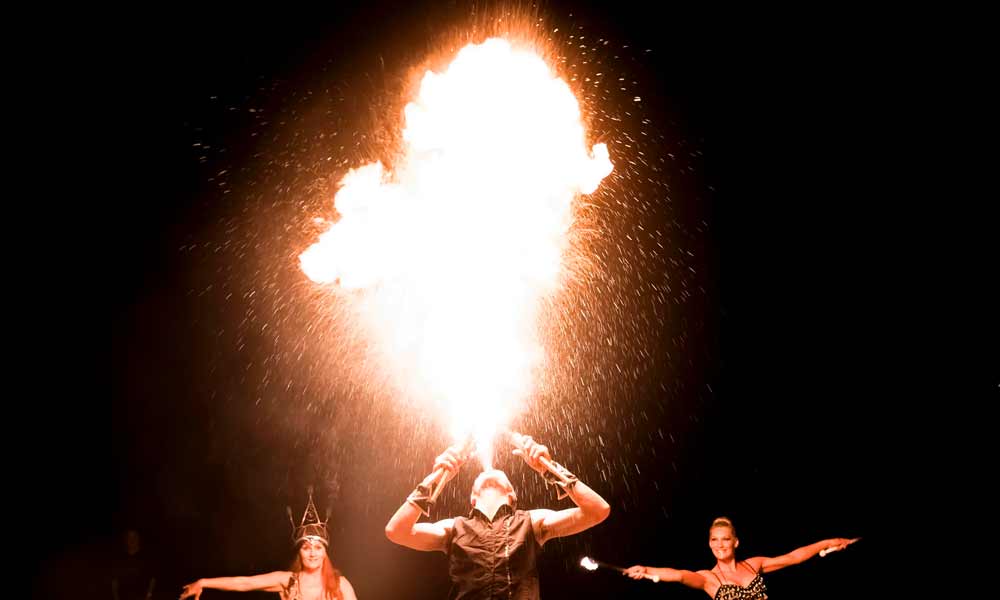 The celebration of Saint John’s Eve takes place in almost all beaches in Marbella; but it has a special vibe El Pinillo and El Cable, in these locations, tens of people gather in groups of friends and families.

Another way of having an unforgettable Saint John’s Eve celebration is to go to the city’s most famous and chic beach bars and clubs, such as Nikki Beach, El Trocadero or Ocean’s Club, where special and spectacular parties take place. We recommend you dress in white; this is usually an essential requirement to celebrate the shortest evening of the year.

In addition, the Amare Beach Hotel will welcome the summer with a party, where you can enjoy recognized performances by renowned artists, a music band, fire jugglers, visual shows, bonfires and the typical rituals of Saint John’s Eve. 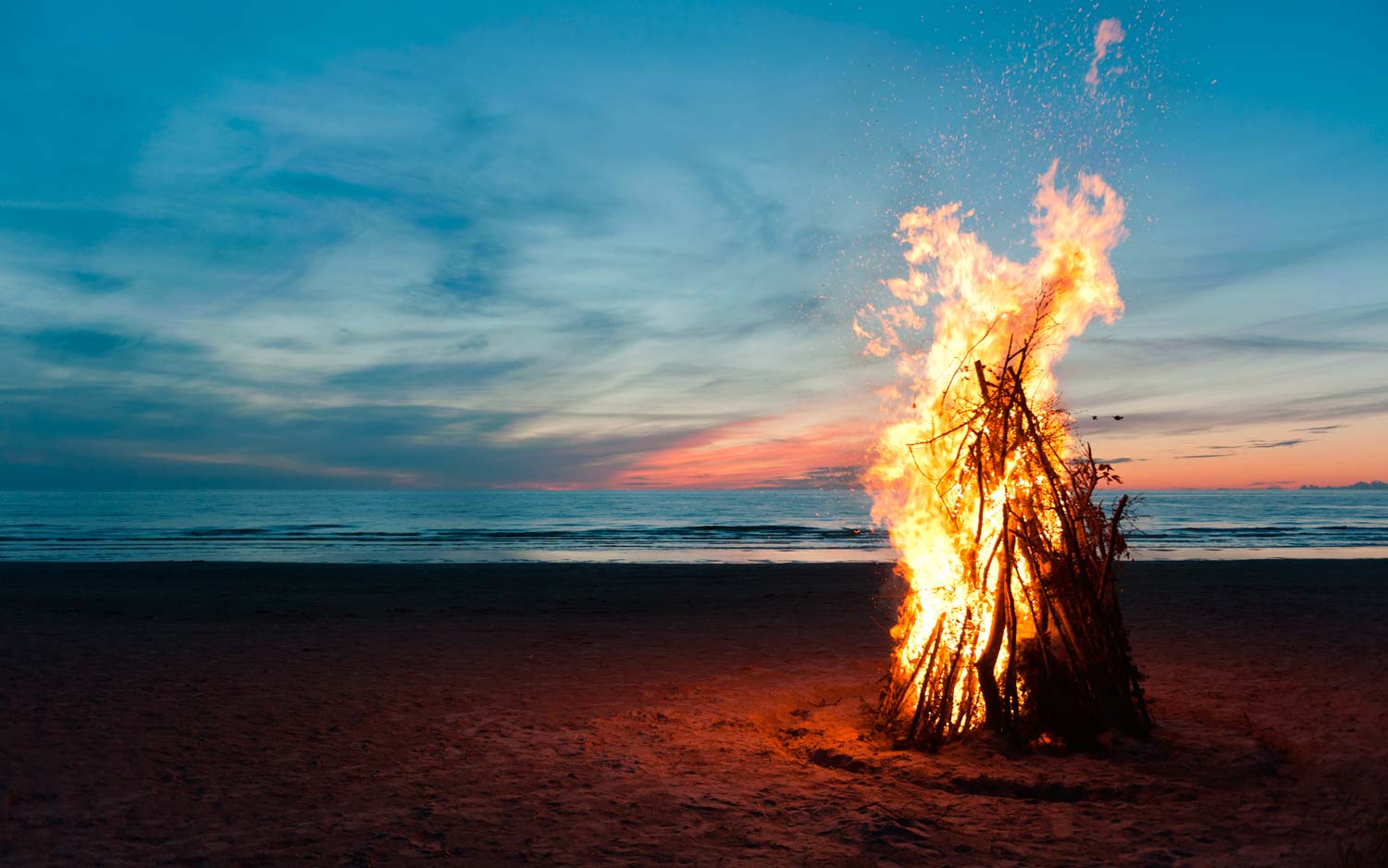 Saint John’s Eve in Estepona is celebrated just like in Marbella, in almost all beaches; especially in El Cristo and La Rada.

Other places you could spend a fun Saint John’s Eve are: 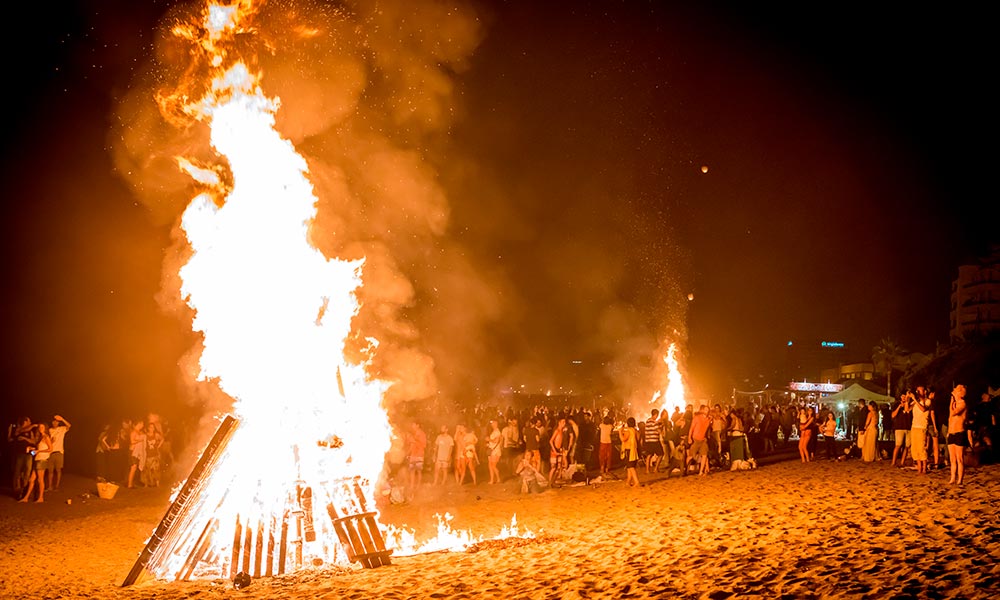 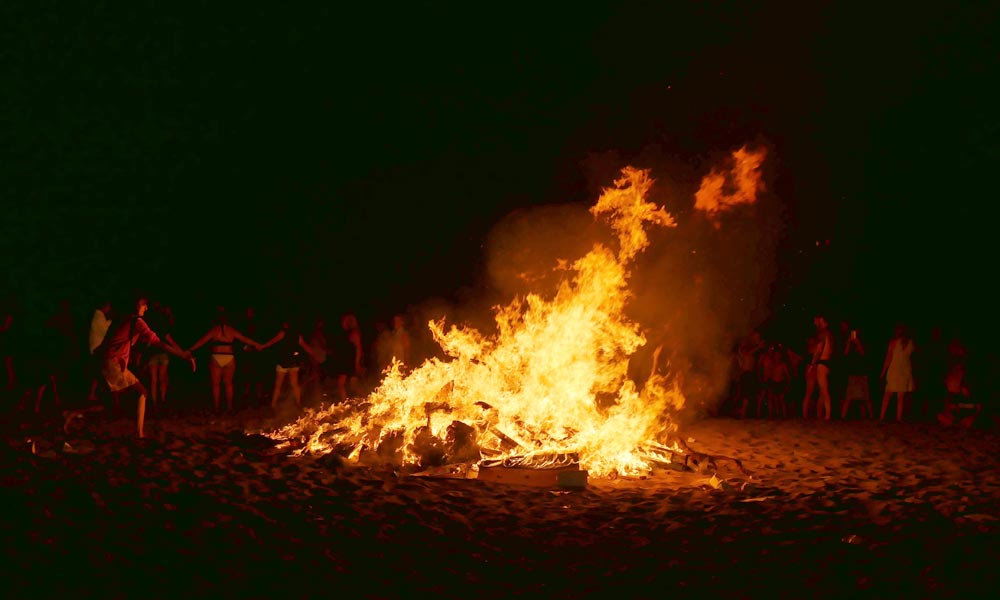 It is important to say that these are the most popular parties celebrated along the coast, but it is even more important to highlight that there are bonfires all over the coastline. If you have not lived this experience yet, we recommend you do. 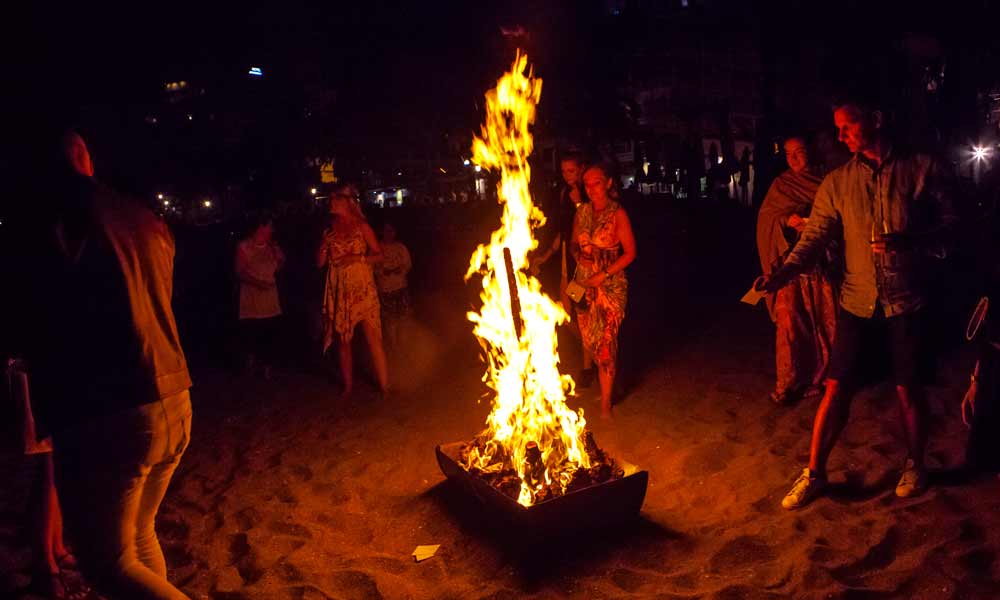 Every June 23rd, at midnight, the most superstitious people perform rituals to channel the magic energies of this celebration. Here is a list of some them: 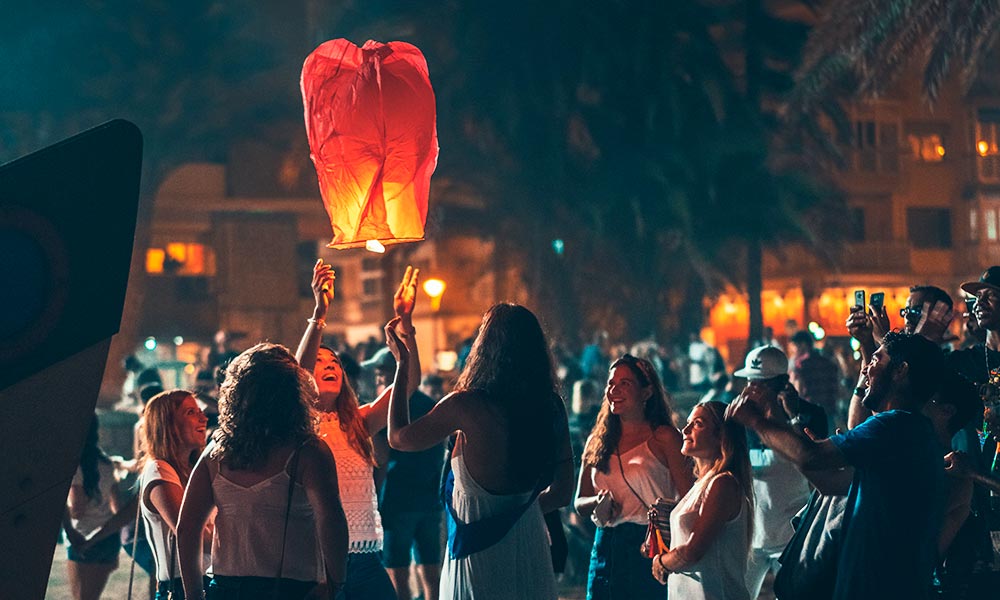 Do you know Marbella’s best beaches?